Finishing my shower I mused that we needed more shampoo and the iPhone propped on the nearby sink went into hyper-ordering mode to get me to add it to the Ocado shopping list. That's before Amazon's Alexa networked in the house overhead and decided on adding it to my current order.

Dried and rushing into the kitchen to snatch breakfast the Samsung fridge told me to order more milk and eggs. "Haven't got time" I shouted at the fridge. "Got to get to the railway station" whereby the iPhone decided to book an Uber trip to the station and at the same time add the shampoo order to the new Uber Fresh Produce and toiletries delivery service.

"No, no" I countermanded that to rush to the garage as now I've decided to drive into London.

As I sat down in my car,Ford's new in-car OS told me to stop at Knowle Hill petrol (gas) station and top up the tank. At that moment my iPhone interrupted and re-directed me to the BP gas station 3 miles further down the road  before the Google in-car OS in my wife's car overhead the other two and commanded me to go the other way to the Esso station on the London road.

Bloody hell! it is only 99.9p a litre at Sainsbury, 5p cheaper, but the various hardware platforms don't get a cut of that revenue stream so all three ignore that option despite the fact it's directly on the way to London.

Combining voice control with domestic hardware and the underlying profit models manufacturers embed in IoT devices means one thing- a cacophony a "talkacolypse" of biased devices trying to make money out of me.

Do I put my trust in Siri, with Alexa, or maybe Cortana? Or do I give a voice to every device and descent into chaos?

For example, Samsung could have just allowed Apple's Siri and HomeKit to control its new talkie fridge. Instead it bought its own speech system. From across the kitchen, you can speak to your fridge, adding milk to your shopping list. Samsung gets to double dip on this feature. Because not only might voice commands help to sell you their new fridge, but presumably, Samsung also gets a cut every time you order milk via its integrated shopping app, Groceries by MasterCard, which will bring groceries to your door from FreshDirect and ShopRite 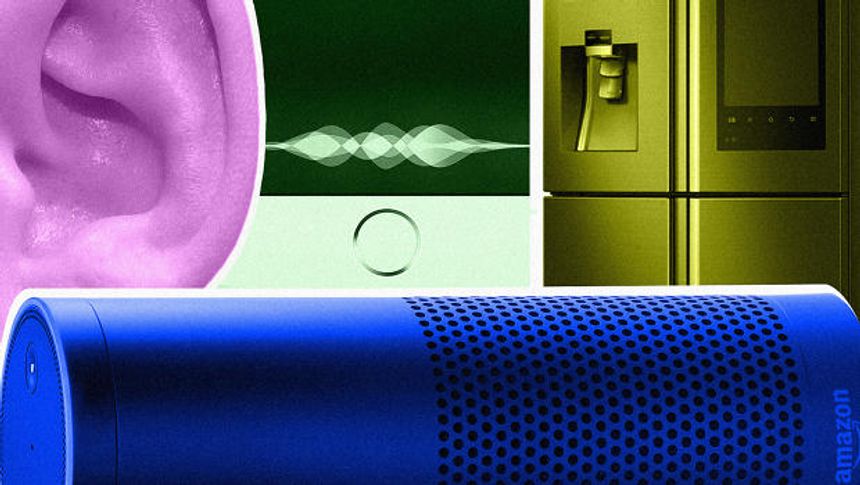 Why every gadget you own suddenly wants to talk to you https://t.co/a8pQBb6X8z pic.twitter.com/IUAj0Ph3EA

Why Every Gadget You Own Suddenly Wants To Talk To You https://t.co/99QUjsHnJM

Why Every Gadget You Own Suddenly Wants To Talk To You by Mark Wilson via https://t.co/b5ouPiL0Kg https://t.co/eLwwkBjPLC

Why every gadget you own suddenly wants to talk to you: https://t.co/nBpRw5KQMi by @ctrlzee via @FastCoDesign

Why every gadget you own suddenly wants to talk to you: https://t.co/VHBWdrxBJj by @ctrlzee via @FastCoDesign /